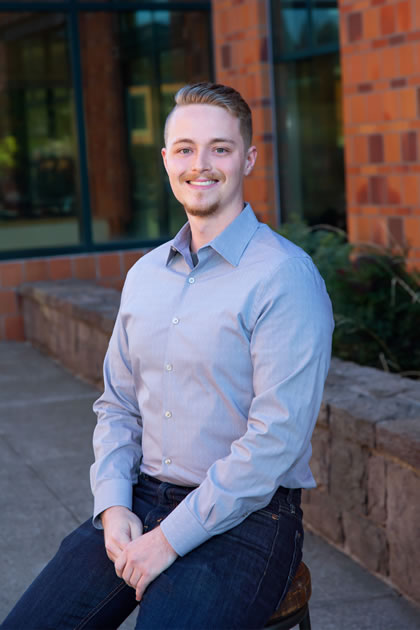 Connor Stanton is a Senior Associate with the firm. He handles the preparation of business, personal, excise, and property tax returns. Alongside his primary responsibilities Connor also helps with new software implementation and other strategic initiatives.

Connor has been with The Railsback Group since January of 2020 where he was hired on as a tax season intern. After completing his internship Connor was offered a full-time position as a staff accountant. Prior to joining The Railsback Group Connor interned for a local hospitality management company where he complied month-end financials statements for hotels & health clubs.

Connor Stanton graduated from Washington State University Vancouver with a B.A. in Business Administration. After graduating he began studying for the CPA exam and as of August 2021, he passed all four exams on the first try.

Outside of the office, Connor enjoys working out, playing video games, watching TV shows, reading/listening to books, and learning more about finances.

[]
1 Step 1
Previous
Next
powered by FormCraft